Bad Crypto News of the Week

Cryptocurrency News From Japan: March 22-28 in…


Coming every Sunday, Hodler’s Digest will help you track every single important news story that happened this week. The best (and worst) quotes, adoption and regulation highlights, leading coins, predictions and much more — a week on Cointelegraph in one link.

Bitcoin grapples with $10,000 — two scenarios for the week ahead

Bears got their pound of flesh this week when Bitcoin prices tumbled by $800 in an hour. The crash led to significant losses across most altcoins, too. Looking ahead to the coming days, Cointelegraph’s Keith Wareing says BTC is in the early stages of a descending channel that could see the digital asset retrace to $7,500 over the next two to three weeks unless $9,500 manages to serve as support. This could spark the resumption of a bull trend, with $10,300 as key resistance and the breakout resistance being above $11,085. Earlier this week, fund partner James Torado shared historical data that suggests BTC prices will continue climbing for another 19 months. His figures revealed that, in terms of volume-weighted average price, 2020 is Bitcoin’s best year ever.

A major Bitcoin Cash investor claimed that he lost a total of $45 million in a wallet hack this week — two-thirds of which was in BCH. In a now-deleted Reddit post, DreamHost Founder Josh Jones appeared to suggest that his SIM card had been compromised — and he promised big rewards if miners prevented the transactions from being validated. Dovey Wan, founding partner at Primitive Ventures, described the attack as “really brutal” and criticized Jones for keeping millions of dollars in crypto on his smartphone. She warned this incident, coupled with a rumored dispute between Bitmain executive Jihan Wu and Bitcoin.com founder Roger Ver, marks a “slow death” for BCH.

The world learned a little more about Ethereum 2.0 this week. How, you may ask? Through an exclusive interview that Vitalik Buterin gave to Cointelegraph. At the Stanford Blockchain Conference, Ethereum’s co-founder revealed that this year’s major development will be the launch of Phase 0, with a proof-of-stake network set to come online later in 2020. From here, Ethereum 2.0 will begin life as an independent PoS network so it can prove its capabilities over time. “Ethereum 2.0 will start with no applications and will have a small number of validators,” Buterin said. It is hoped that subsequent phases would help tackle scalability issues. Buterin added that Ethereum 1.0 will only merge into the 2.0 system once the network is fully robust.

Has Bitcoin’s price adapted to the upcoming block reward halving yet? No, according to Changpeng Zhao. The founder and CEO of Binance has predicted that BTC will see more upwards movement in the future. Although he admitted that historic events aren’t always an accurate indicator, Zhao pointed out that miners will soon have to spend almost two times as much to mine a single coin. Despite his optimistic outlook, CZ expects resistance to remain in the short term. He added: “There are psychological barriers around nice round numbers. The price will fluctuate back and forth around that a bit.”

HSBC to cut 35,000 jobs and invest in digital finance

After annual profits plunged by one third, HSBC has unveiled radical job cuts as it sets its sights on a digital transformation. An astounding 35,000 jobs are going to be cut over the next two years — and retail branches will be reduced substantially, as the banking behemoth aims to simplify its operations by investing in technology. We already know that HSBC was due to launch a blockchain-based custody platform called Digital Vault by March, complete with $20 billion of assets. The company is hoping to digitize paper-based records of private placements to increase standardization and speed up processes. 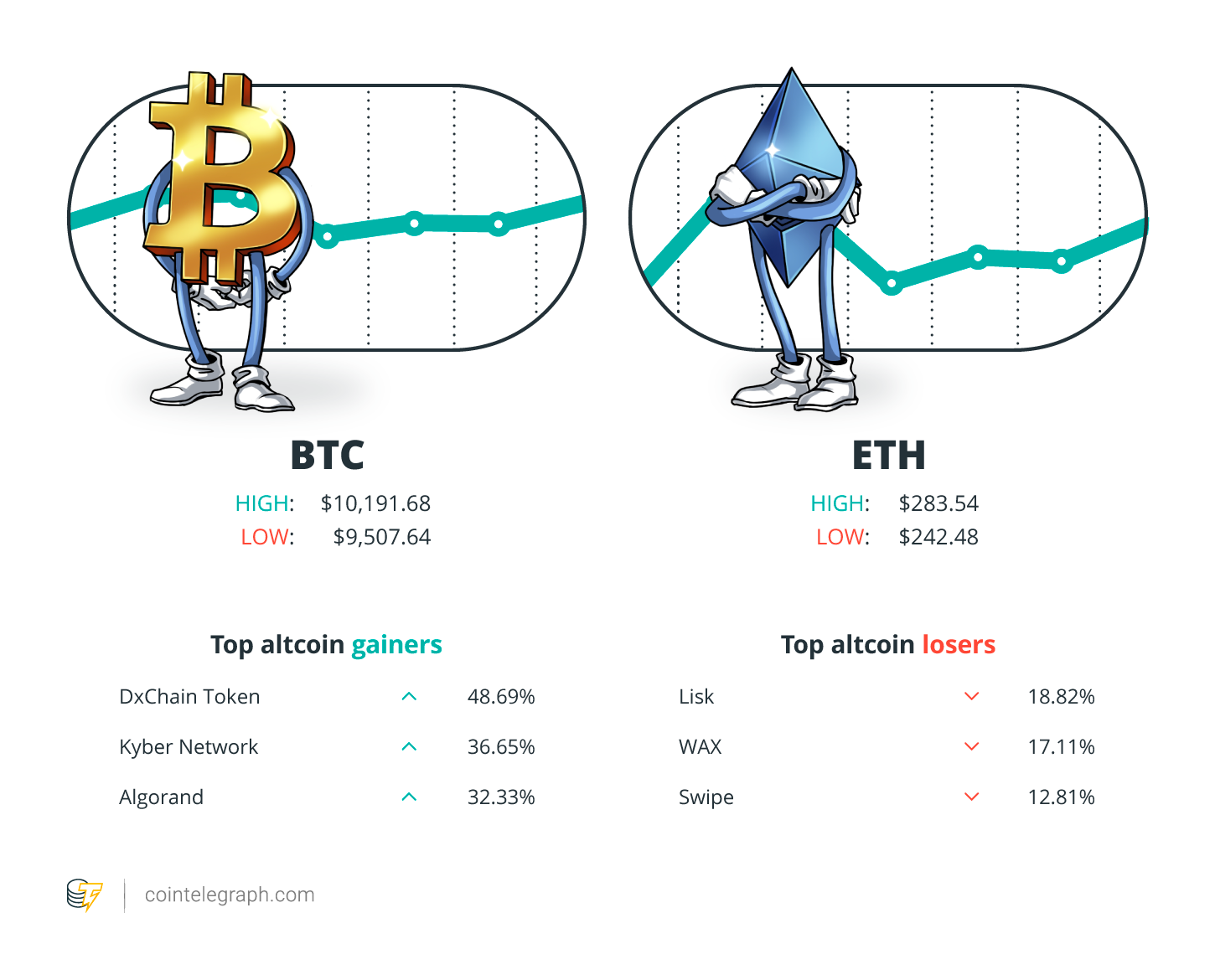 “I concede that anyone who bought #Bitcoin 10 years ago and sells it today will make a lot of money.” 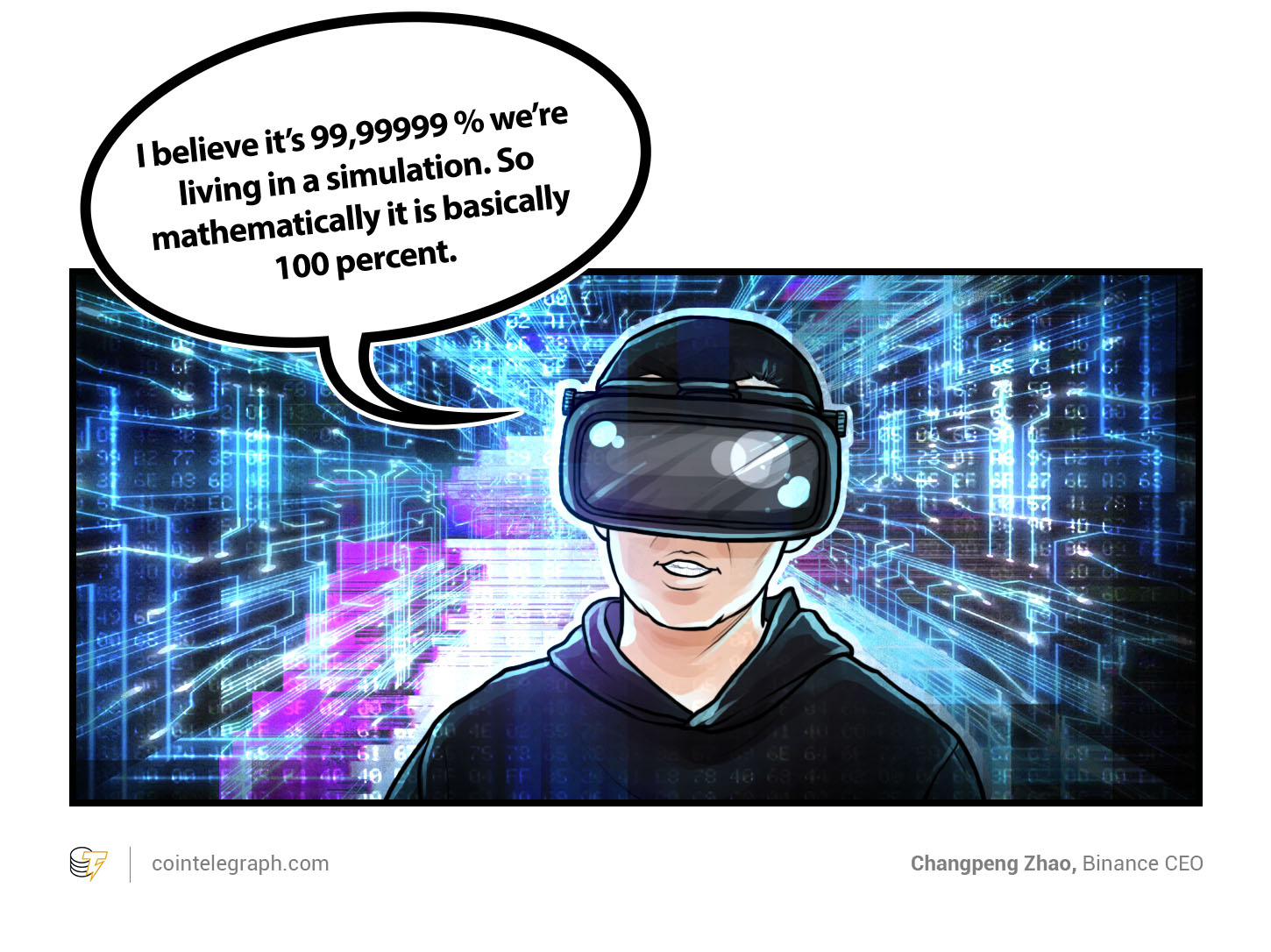 “No matter what, this 60,000 $BCH hack, the dispute among BCH camp between Ver and Jihan, all these will mark a slow death of it.”

“Phase 0 is the first phase of the Ethereum 2.0 launch. This will release the proof-of-stake network, which will come online this year.”

Despite being made eight years ago, Max Keiser’s prediction that BTC will hit $100,000 has never been achieved. Nonetheless, the TV host believes this estimate is too conservative — prompting him to quadruple it to $400,000. Unfazed by short-term levels of volatility, Keiser told Infowars’s Alex Jones: “The good news… is that Bitcoin at $10,000 or $9,300 is equally as attractive as it was when it was $100.” He hasn’t named a specific timeframe for this target to be met, but forecasting returns of up to 40 times makes Keiser more bullish than even the best-known crypto advocates. Heck, even John McAfee has reneged on his prediction that BTC would hit $1 million by 2021.

A court in Ireland has suffered a setback in its attempts to confiscate Bitcoin worth $56 million from a man recently imprisoned for drug trafficking. Clifton Collins, from Dublin, says the private keys to the crypto fortune are gone. Reports suggest Collins had distributed his 6,000 BTC across 12 wallets — printing out the keys on a piece of paper stored in his fishing rod case. Following his arrest in 2017, the landlord of his rented home in County Galway ordered a clearout — and it seems the fishing rod was thrown away. Collins appears to be taking the news of the loss in his stride, describing it as a punishment for his own stupidity.

Brad Garlinghouse has revealed that he is on a mission to tell bankers how crypto can solve real-world problems while remaining compliant. Ripple’s CEO says someone at the World Economic Forum in Davos recently told him that “crypto is still a bad word” — but the entrepreneur says regulators “very quickly become disarmed” when they realize the assets aren’t being used to circumvent existing frameworks. 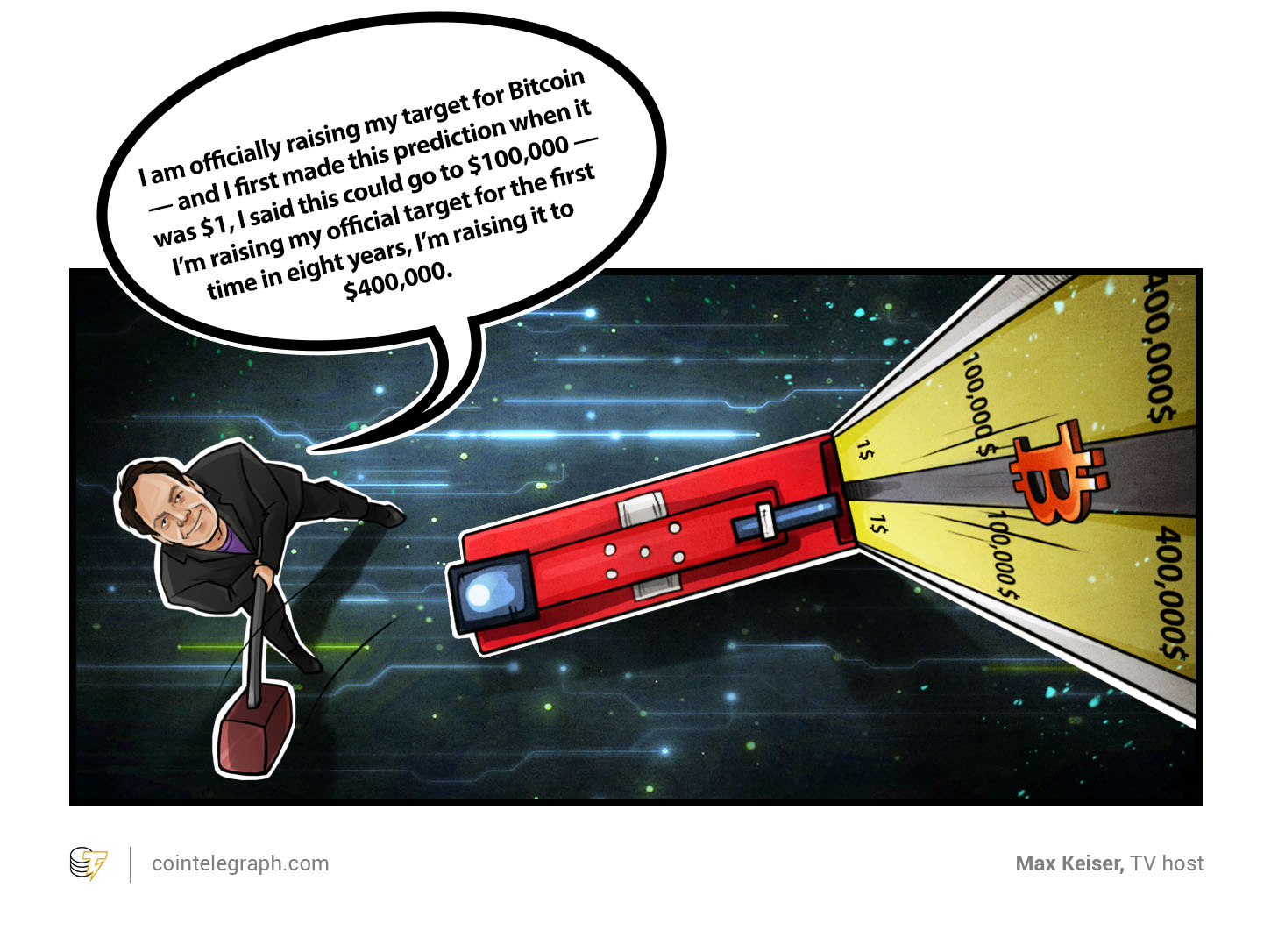 The mastermind behind the Gemcoin cryptocurrency scheme has admitted to wire fraud and tax evasion in a plea agreement. Steve Chen agreed that he and other co-conspirators fraudulently promoted Gemcoin to 70,000 victims — fleecing them out of $147 million. Known as “Boss,” it appears the 62-year-old used his illicit gains to purchase properties and fund a gambling habit. The virtual coins he was promoting were supposedly backed by gems mined by U.S. Fine Investment Arts, Inc. But, in reality, the company did not own or operate any gemstone mines. U.S. Attorney Nick Hanna said: “Mr. Chen’s promises to investors were as worthless as his non-existent mines and phony digital currency.”

Past halvings have seen Bitcoin skyrocket in value. Is it going to be a case of third time’s the charm? As Julia Magas explains, analysts are divided.

Kirill Bryanov dives into the Trump administration’s budget proposal for the 2021 fiscal year. It seems it does little to enhance blockchain-powered innovation.

How cryptocurrency trading has evolved in recent years

In the early days of blockchain, crypto trading was seen by many as merely exchanging a few dollars for Bitcoins. As Oluwatobi Joel explains, times have changed.

How Traders Can Use Twitter to Anticipate Bitcoin Price Moves, Volume

Bad Crypto News of the Week